Wish upon an Origami Star

Call me a cheapskate but if you can make a cute origami star in 5 minutes from a sheet of newspaper or wrapping paper or a magazine why wouldn't you? 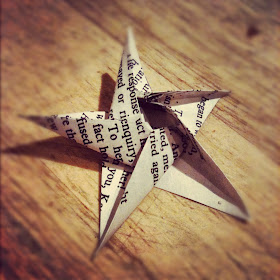 These origami five point stars are really simple and after a couple of practice ones *cough* I can knock them out in minutes. I made a garland of them but I'm going to stick 2 or 3 together and make a couple of decorations for the tree too.

First cut yourself a pentagon template that is about 10cm in height to make a 5cm star. If you want bigger stars go for a bigger template but make sure it fits the paper you are using! You can buy templates from a craft shop but being a cheapskate I found an image online and traced it straight off my PC screen. 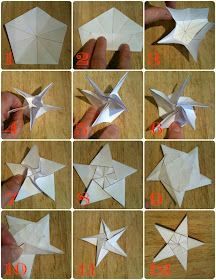 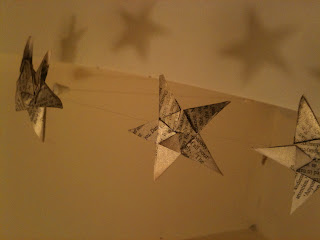 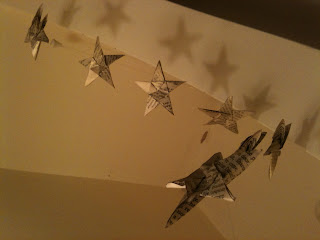