The Great School Holiday Challenge whizzes into its third week (well not quite whizzes, more like drifts).

Day 15: I have learned that Misty Moo is not entirely appreciative of being tied up outside the library for 30 minutes while the Big One and Princess 'debate' which film they are going to borrow. Neither does she like Waitrose car park while the same two children decide which comics they are going to buy. Having said that, the Big One chose a great "Make and do" comic and made a shark. 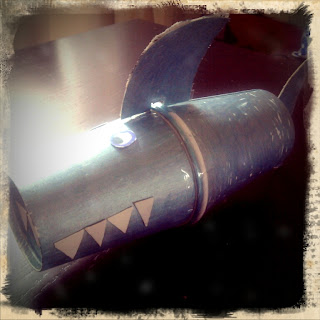 Day 16: My brother and his family popped over for the day on the way to their caravan. When I say popped, they actually drove about 2 hours out of their way so bless them. It was a joy to see the children playing with their big cousins and brought a lovely big grin to my face! 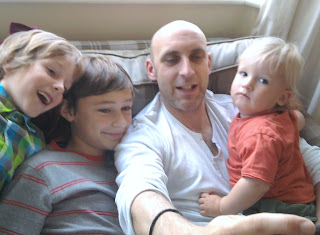 Day 17: Sent the Big One off to a friends for the morning where a snow storm was artificially created in their living room. Lesson: do not allow boys and polystyrene packaging to mix! One part of me wishes I had been there to capture the scene for posterity. The other part of me is soooo glad I wasn't. Hoovering hell! They were suitably admonished, given a carrier bag each and sent to clear it up.

Day 18: A Pizza Express voucher magically appeared in my hot little hand inbox so we HAD to go! A family favourite. They have had a makeover and have some lovely art on the walls. One of which is this bull. Along side it a plaque describes the traditional bull-running that took place in my own town, albeit up until 674 years ago. See, Pizza Express is educational. 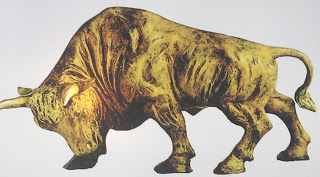 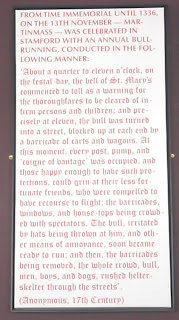 In other news, the Big One gained a new bike and lost a tooth. 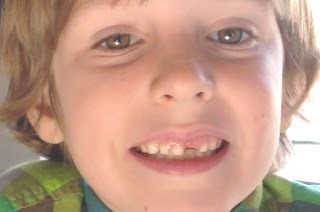 Day 19: Cycling practice with gears for the first time had the Big One flummoxed for a bit until I explained that it wasn't obligatory to only use gears 1 and 6. You hear that clunking whirring grinding noise every time you go between gear 1 and 6? That's the other 4 gears you could be using. To unwind we baked these fab cookies from Sticky Fingers blog. 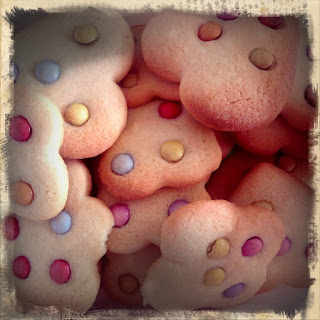 Day 20: Today was a bit of a non-day :-( You know, when you don't achieve anything. When nothing really gets done and the kids watch a wee bit too much telly. I have admonished myself sufficiently to ensure that this will not happen again. The "I'm Bored" box was used and bubbles were blown (thereby ticking off #42 on the Challenge list - yay). 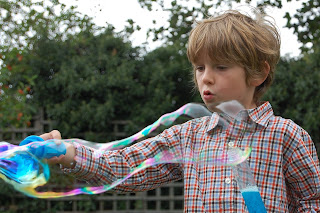 Day 21: Secret Seven lives again (apparently). I was a HUGE Secret Seven fan in my youth and the love of mysteries has stayed with me. A friend of the Big One has just discovered the series with the help of his Mum (another big fan) and has instigated a Secret Seven Club all of his own. The Big one is a member and a meeting was called today. I would love to tell you what they did, what plans were concocted, what mysteries were solved but I can't. They're secret. And hence, no photo.

Three down and three to go. School holiday fatigue is starting to kick in so the bottoms of barrels may be scraped shortly. Stay tuned to see what new depths we can reach!