A day out on a tenner?

If you had a tenner in your pocket and you wanted a day out with your three children that felt like a proper day out, the kind where you see amazing things, play till you are exhausted and have memories to keep for ever, where would you go? Yes, okay, apart from the beach.

Tough one eh? A tenner gets you nowhere does it?

I wanted to take the kids out for a day to remember, a day they would tell their friends about, a day that they would bore their grandparents with after 10 times of telling. And then I remembered the Jubilee Play Centre at Shuttleworth, overflowing with climbing, spinning and sliding action. For £3 you park your car and then the park is yours for as long as the gate is open. There are enough things to play on for all age groups, my toddler was more than happy, the Princess (not known for being adventurous) found plenty to climb on and the Big One wore himself out too. 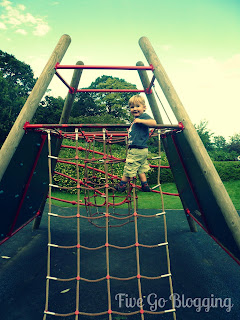 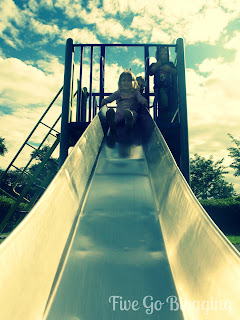 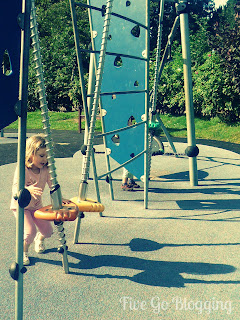 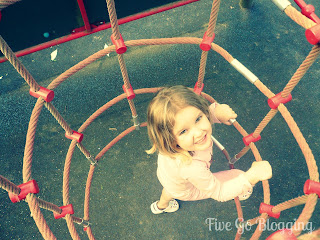 There are lawns and benches so I took a picnic and we noshed and played some more. There is also a restaurant where you can redeem your £3 parking ticket against a hot meal if you wish.

Then you can go for broke and splash out on tickets to go into the Birds of Prey Centre, the Shuttleworth Collection and the Swiss Garden. The cost? Ten quid per adult and children under 16 are FREE! Yes, I know. I gasped too!

We had already peeked into a couple of the hangers to see some of the amazing old planes they have in their collection and thought it would be fun to have a look around and repeatedly shout "Chocks away!". 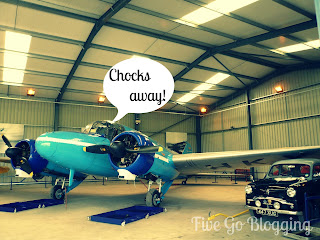 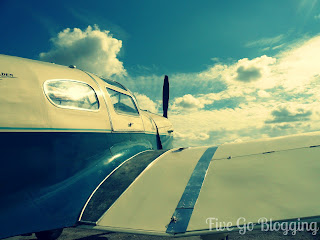 But it was too nice outside (for once) so we went to see the birds.

To give you a taste of what to expect, the Big One had a very close encounter with a pelican, the Condor fortunately was too young to fly but with a 6ft plus wingspan already I wouldn't want to get too close at take-off, an owl slightly misjudged his flight path and skimmed my head and objects (eagles) seen through your camera lens may be closer than they appear. Apparently there is no point ducking, they are faster than you are. 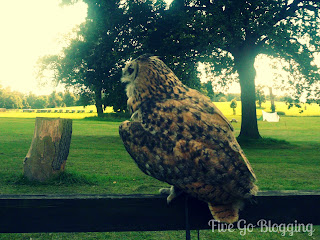 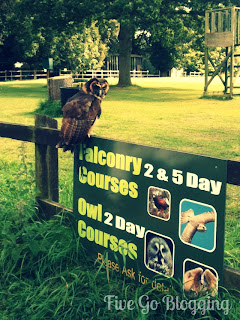 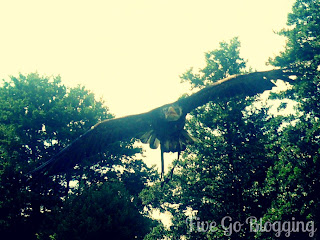 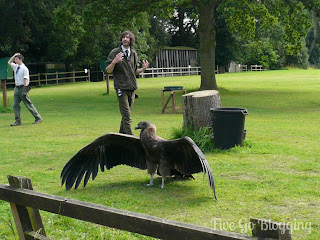 We watched a very impressive show that lasted about 45 minutes, with great commentary that climaxed in a display of flying owls just centimetres over our heads. I'm sure I wasn't alone in thinking "I hope none of them needs a poo." Afterwards we had a stroll around the centre and had an opportunity to hold an eagle owl which the Big One was desperate to do. (But I'm saving that photo for my Silent Sunday post so you will have to come back again *cackles selfishly*.

So for (a tiny bit more than) a tenner (£13 to be precise, excluding icecreams) we had a brilliant day out, scaled the highest heights of the climbing frames, got smacked in the head by a pelican's wing, held an eagle owl, ducked too late to dodge an owl and watched another owl projectile poo the back wall of it's den (the boys missed this thankfully, or I would never had heard the last of it).

As we still have 3 weeks left of the Summer holidays, where else could I go with a tenner in my pocket? And I don't mean the pub. You need more than a tenner for that.

Just in case you were wondering, I did actually pay. This isn't sponsored. I wrote this because Shuttleworth is awesome. Fact.